ABOUT TIANFENG
All categories


The company ataches importance to product quality, adhering to the "quality of survival, the development with the economic benefit, take the customer as the center of the purpose, implementation of the "lean manufacturing is rigorous and reliable quality of innovation, the pursuit of moving customers, and strive to perfect service" and quality policy, from multiple aspects of product development, production and marketing in strict accordance with the quality requirements of the implementation. Over the years has been awarded the "Hebei Province features the first consumer satisfaction with products", "heavy contract Shou Credit units", "honest and trustworthy business unit", "Hebei Province quality credit services satisfactory demonstration enterprise" and so on many of the honorary fitle.

Looking to the future, companies are constantly increasing technological input, and accelerate the product inovation and structural adjustment, adhere to the "group" development strategy as a guide, implementation of the "talent, market, technology, brand, effective management" five strategic measures to create new advantages, to participate in global market compettion. Warmly welcome new and old customers at home and abroad to negotiate business, and collusion development.

The chaiman of the company, Mr. Ma Zhichang, leads honest and pragmatic "Tianfeng" people, and is wlling to discuss old and new friendswith people from all walks of lfe at home and abroad,find friendship, talk about cooperation, join hands, and seek a new chapter of prosperityl！

Scan the QR code to read on your phone 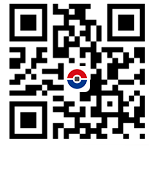